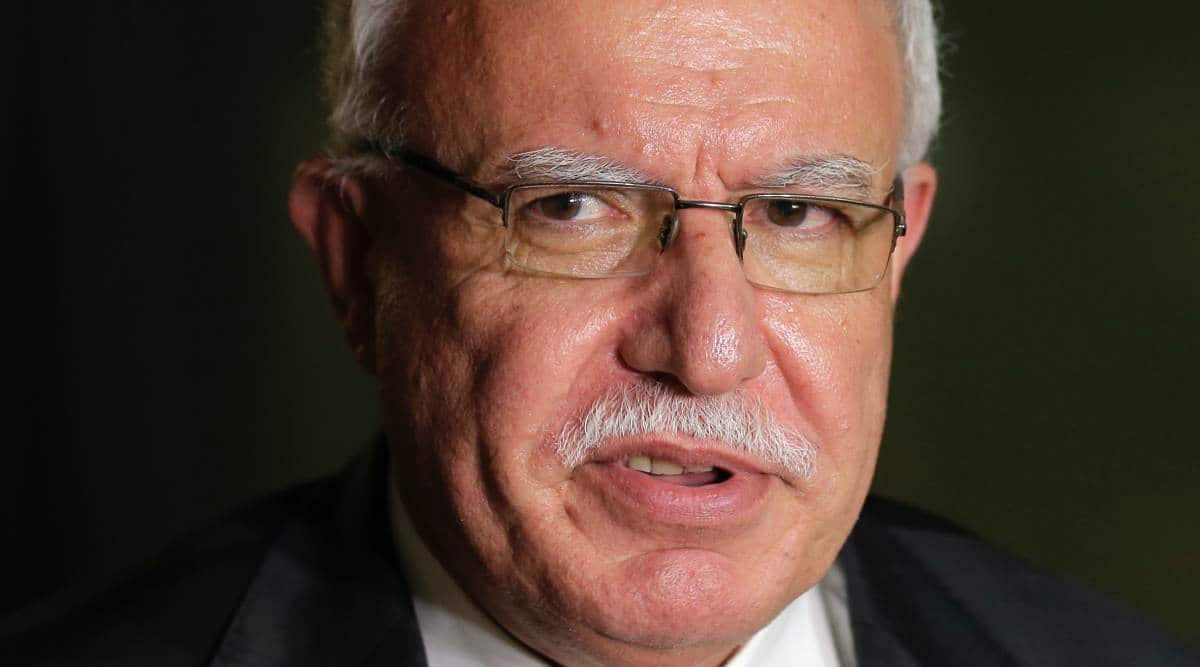 Palestinian Foreign Minister Riyad al-Malki told the Arab League in Wednesday’s meeting that the Palestinian Authority called for an emergency meeting following the announcement of the UAE-Israeli deal. (AP)

The Palestinian foreign minister has called on Arab states to dismiss a deal between the United Arab Emirates and Israel to normalise relations, describing the agreement scheduled to be finalised next week as “an earthquake”.

The UAE and Israel announced the deal to establish full diplomatic relations on August 13. It reflected a changing Middle East in which shared concerns about arch-enemy Iran have largely overtaken traditional Arab support for the Palestinians.

Most of the Arab world has long rejected diplomatic ties with Israel in the absence of a peace deal establishing a Palestinian state on lands captured by Israel in 1967. That steadfast support for the Palestinians, however, has begun to weaken in recent years, in large part because of shared enmity with Israel toward Iran and Iranian proxies in the region.

The Palestinians have repeatedly voiced their rejection of the US-brokered Israel-UAE deal as trading away one of the few cards they have in moribund peace talks with Israel to establish their own independent state — the Arab boycott of Israel.

, a told the Arab League in Wednesday’s meeting that the Palestinian Authority called for an emergency meeting following the announcement of the UAE-Israeli deal. He said one Arab League member opposed a Palestinian request to add an item to the meeting agenda, an apparent reference to a Palestinian-introduced draft resolution on the deal.

Al-Malki did not name the country. The meeting was held online because of the coronavirus pandemic.

Al-Malki described the deal between the UAE and Israel as “an earthquake” that hit the Arab consensus over the Palestinian cause and he urged Arab foreign ministers to reject the deal, “otherwise our meeting will be considered a blessing or collusion with it, or a cover for it”.

Hossam Zaki, the Arab League’s deputy secretary general, told a news conference in Cairo that the foreign ministers failed to reach a compromise on a resolution on the UAE-Israeli deal because of differences between the Palestinians and Emirates on the wording of the Palestinian-introduced draft.

“A draft resolution needs more time and extensive consultations… we hope in the future to reach an agreed form,” he said.
The UAE presented the agreement, which is scheduled to be signed on September 15, as taking Israel’s planned annexation of parts of the occupied West Bank off the table. But Prime Minister Benjamin Netanyahu insisted the pause was “temporary”.

Al-Malki, the Palestinian foreign minister, rejected the argument, saying that Palestinians’ resistance to and rejection of Israel’s annexation policies were the cause of Israel’s suspension of its plans. He accused the US of pressuring other Arab countries to normalise ties with Israel, which he described as a “colonial and racist occupation”.

He was apparently referring to Sudan, which Secretary of State Mike Pompeo visited last month to push its transitional authorities to establish diplomatic ties with Israel.