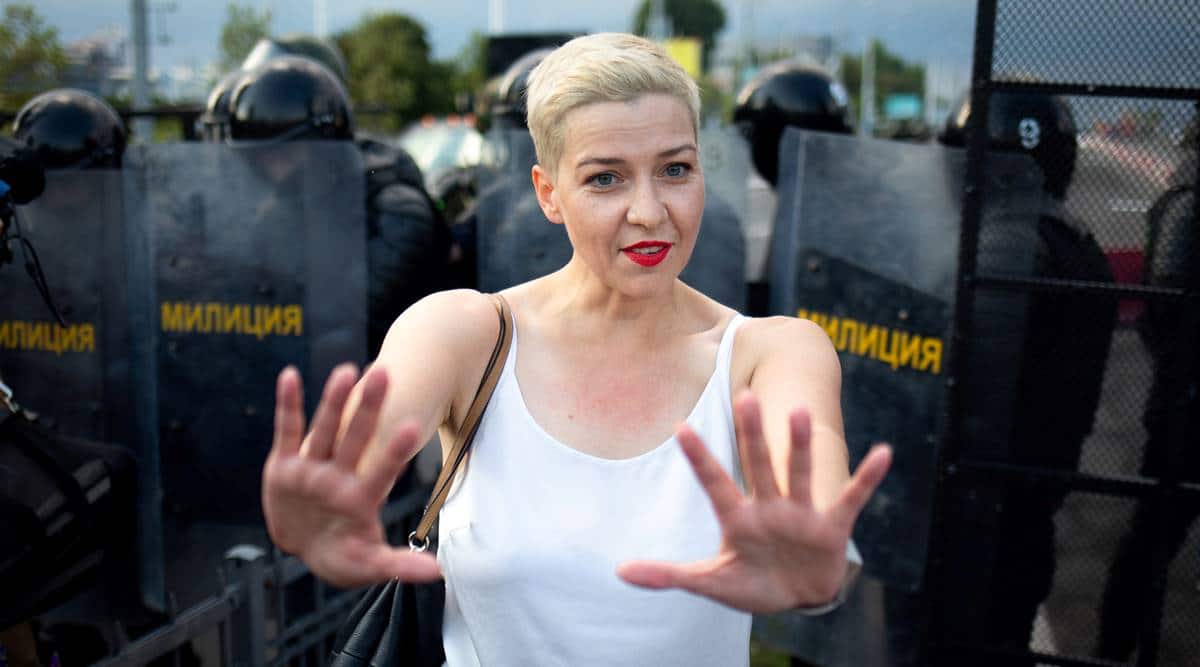 A prominent opposition activist who resisted her forcible expulsion from Belarus by ripping up her passport accused Belarusian authorities Thursday of threatening to kill her amid their efforts to end a month of protests against the country’s authoritarian president.

Maria Kolesnikova said in a formal complaint released by her lawyer that agents of Belarus’ state security committee put a bag on her head and drove her to the border with Ukraine before she fought her removal from Belarus and was jailed.

“They threatened to kill me,” Kolesnikova said. “They stated that if I refuse to leave the territory of Belarus voluntarily, they will get me out of the country anyway – alive or in fragments.” She demanded that the nation’s Investigative Committee probe the KGB officers on charges of abduction, illegal detention and threats of killing.

Opposition activists came under increasing pressure this week as Belarus marked a month since massive demonstrations broke out against President Alexander Lukashenko’s reelection to a sixth term.

The opposition rejects the results of the country’s Aug. 9 election, and the protesters demanding Lukashenko’s resignation represent an unprecedented challenge to the Belarusian leader’s 26-year rule.

Kolesnikova is a leading member of the Coordination Council created by opposition activists to push for a new election. She was detained Monday and destroyed her passport in a no-man’s land between Ukraine and Belarus the next day to prevent her expulsion.

Kolesnikova, who remains jailed in the Belarusian capital of Minsk, is accused of undermining national security as part of a criminal probe against senior members of the opposition Coordination Council. She faces up to five years in prison, if convicted.

All of the council’s senior members except for Nobel Prize-winning writer Svetlana Alexievich have been jailed or forcibly expelled from the country. Unidentified people attempted Wednesday to enter Alexievich’s apartment in Minsk. Diplomats from several European Union nations gathered there to prevent her detention.

Daily protests in Belarus have continued since election night despite police crackdowns and government threats. Several dozen employees of a huge potash factory in Soligorsk held a rally Thursday. One worker handcuffed himself in a mine, demanding Lukashenko’s resignation.

Workers at the Belaruskali factory, which accounts for one-fifth of the world’s potash fertilizer output and is the nation’s top cash earner, launched a strike last month. Authorities quickly ended it and detained the action’s organizer.

Speaking to prosecutors on Thursday, Lukashenko urged them to take tougher action to end ongoing protests.
“You must not only give a legal assessment to the actions of their organizers and agitators, but mount a stronger, more powerful prosecutorial response,” he said.

The 66-year-old former state farm director firmly shrugged off the opposition demands to step down. Lukashenko has rejected demands from the United States and the European Union to engage in a dialogue with the opposition. The U.S. and the EU have criticized last month’s presidential election in Belarus as neither free nor fair.

“I want to say it in a manly way to avoid any misunderstanding,” he said. “They often lament that ‘He wouldn’t give up power.’ And they rightfully do so. People haven’t elected me for that. The power is given not to take it and then give it away. No one will dare to throw the government into the dirt.”